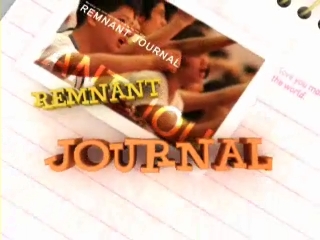 Those Who Sow the Seed of the Word

Mark 4:13~20│ But those that were sown on the good soil are the ones who hear the word and accept it and bear fruit, thirtyfold and sixtyfold and a hundredfold. (20)

1. The Seed of Life That Has Fallen on Good Soil Produces Fruit

As soon as seeds fall on good soil, they will quickly take root. From there, new sprouts emerge from the stump and stems grow. Then one by one, the trees will gather to form a large forest. These are the blessings of “those who remained, those who remain, those who will remain, and those who will leave behind” who will bear the fruit of the Gospel. God has promised Remnants who experience the power of the Word and follow its flow or stream thirtyfold, sixtyfold, and one-hundredfold of fruit.

God led Israel to the center of salvation, and He even freed them from slavery in Egypt. Even though the Israelites had appointed a king, God still sent them as captives to a powerful nation. In the end, Jesus was sent as the Christ as the fulfillment of Calvary, the Mt. of Olives, and Mark’s upper room. Although the culture of each was different, its historical flow was connected. No matter what, God’s Word has always been fulfilled. The Word was spread throughout the fields of the world to change the future.

Remnants are those who receive God’s Word then sow its seed once again. You gain spiritual strength through twenty-four-hour prayer. Twenty-four hours of the Word will become your greatest joy. Undoubtedly, no matter where you go as a model and witness of “24 hours,” you’ll be raised as the Summit.